Don created WAVE in 2005. He started his formal electronics training and career in 1989 with the US Navy. He served aboard the USS Prairie (the oldest ship in the Navy at the time) and the USS Paul Foster (a state of the art Destroyer) until 1992, as a non-commissioned officer (NCO).

Don is a recognized industry professional and has earned many industry certifications. Don received the NSCA Mover & Shaker award in 2011.

Email Don at don@waveavsystems.com and invite him to your LinkedIn network below by clicking on the LinkedIn button.

Barry is our Director of Operations and brings over 20 years of technical, marketing and project management experience to our clients. His in-depth approach to projects ensures a solution that works right the first time.

Email Barry at barry@waveavsystems.com and invite him to your LinkedIn network below by clicking on the LinkedIn button.

She is one of the founding members of WAVE and brings management experience to our clients. Melissa has extensive experience with billing and customer service and is always available when you need her.

Email Melissa at melissa@waveavsystems.com and invite her to your LinkedIn network below by clicking on the LinkedIn button.

WAVE can help! Call us for support, design or installation:

or send us an email to info@waveavsystems.com 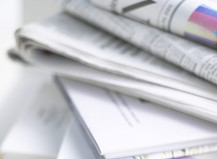